The Theater of Chen Dance Center is a professional black box venue that presents the work of H.T. Chen & Dancers and serves the New York City dance community and audiences from the metropolitan area.

More About the Theater

The Theater produces newsteps: a choreographers Series, a semi-annual showcase series for emerging and individual choreographers, commissions new dance works through its Ear to the Ground series for Asian/Pacific-American and Native-American choreographers, and provides a fertile ground for independent artists to create and present work through the Co-Presentation Series.

Since its inception in 1988, the Theater has achieved a respected position in the artistic community, having received extensive press attention, most notably in the New York Times and The Village Voice.

“...a place where theatrical magic seems about to happen”. -NYT 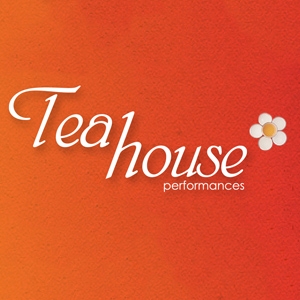 ... illuminating the richness of Chinese culture and history in an unforgettable performance matrix.

Teahouse Performances (est. 2005) is a delightful event perfect for the whole family featuring H.T. Chen & Dancers repertoire, live music, Chinatown refreshments, and pre-show activities that connect to the evening’s performances. Each semiannual production includes a unique repertoire, music, and cultural activities. Guests receive VIP treatment (despite affordable ticket prices), being served tea and Chinese treats during the show, and all have a chance to meet Artistic Director, H.T. Chen.

A dance series dedicated to providing creation and showcase opportunities to individual emerging choreographers creating new innovative and risk-taking works. Since its inception in 1994, this series has presented hundreds of artists.

Announcing the next newsteps series: Call-in on December 12th from 2-5pm for an audition spot for Spring 2020!

Choreographers, selected through live audition, are provided with rehearsal space, an honorarium, and three public performances at Chen Dance Center. No application fees. All works must be NEW or IN PROGRESS and should not have been performed in New York City three months prior to, or after, the performances.

Choreographers call in on a specific day to receive an audition date and time. Please check our website for up-to-date audition information, or join our e-list to receive audition notices.

Ear to the Ground

Ear to the Ground series was established in 1995 to provide Asian/Pacific-American choreographers with a residency and commission to create new work. Artists will be provided with rehearsal space, a professional lighting designer, publicity, public performances at The Theater. The residency will also include a workshop or lecture-demonstration for the community.

The Latest from Chen Dance Center